It has to be. Just look at it! It is perched on a hill of red and ochre “rock”. Picture perfect narrow lanes wind up and down and around just at the right place and angle to catch the light. A tiny town square that looks like it is about to stage an opera. Shutters painted blue, red, yellow, orange and green. Buildings of red, orange, yellow and ochre. It is amazing.
It is Roussillon. And in reality it gets its beautiful and romantic palette from the nearby rich deposits of ochre. Ochre was mined from the late 1700’s till about 1930 for textile use. But today the hills of gold and orange are protected but one can still take a hike on them… just be sure to wear clothes/shoes you care nothing about. I literally took fifty photos yesterday…
but here is a small sample. 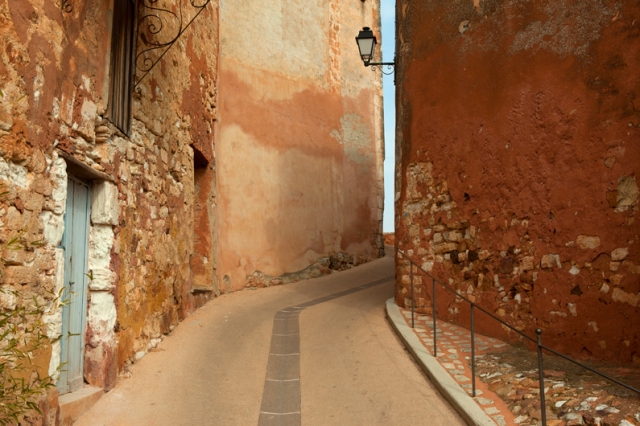 In this one-of-a-kind place it is easy to make use of “leading lines”, flat graphic patterns, strong geometric shapes and interesting perspectives. And your settings? Get as much deep “depth of field” as possible… you don’t want to have anything soft… it is just too darn gorgeous. Happy trails… and remember… no white shorts.

Did you ever notice that your photographs that garner the most attention ( forget Uncle Al in his birthday suit ) are the simple ones? The ones that captured a fleeting moment? Or that one with the powerful dramatic composition? People love that stuff… because they react to strong single-minded composition… without really thinking about it. It is built in.

Let’s talk a bit more about composition. More rules have been written about how to achieve a swell composition than almost anything else in photography. Don’t these people have something else better to do? Apparently non.

The only rule I really like is the… Golden Rule. But of course that doesn’t help you get a strong simple composition. But here is something that will. I like leading lines. Use those when you can. If the sky is poopy… ie… boring… dull or flat or is just too darn bright…. avoid it like the plague. If it doesn’t add to your photo… don’t put it in your photo. Have one subject in the photo. Adhere to the KISS method… it is not a photo law but it is a darn good suggestion. And… something should physically dominate your photo. Here are a few that I believe satisfy those suggestions. 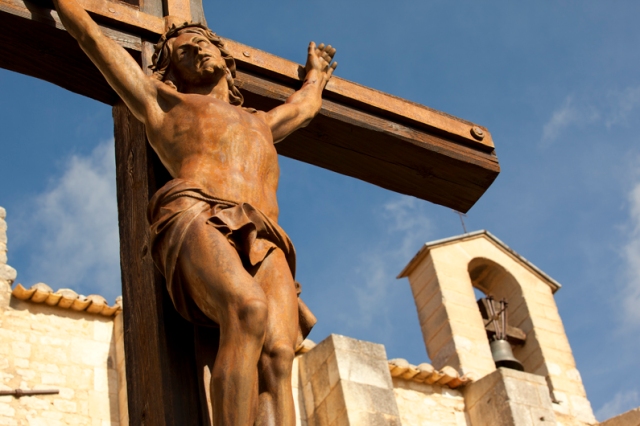 Remember… the viewer should not have to ask why you shot the photo. They should only ask…”You shot that?”
“Yes, I shot that!”

Next time… a frenetic encounter with another one of God’s more interesting four-legged creations.
Happy trails.

Some photographs are nice. Some are purely informational. And some are interesting because Uncle John is in there… out of focus…cut off at the knees… with his eyes aglow from the flash. But his friends say…”I love that shot… he is so funny.” Which brings me to my point for the day.

If you want people to “talk about” your photography in the same terms they talk about another piece of fine art… the key is drama.

In other posts, I will be talking and illustrating other ways you can add drama into your photographs… but today… it is our old standby… leading lines. Strong directional “lines” that grab the eyes of the viewer and leads him/her into or around the photograph.

That is the power of “leading” lines. 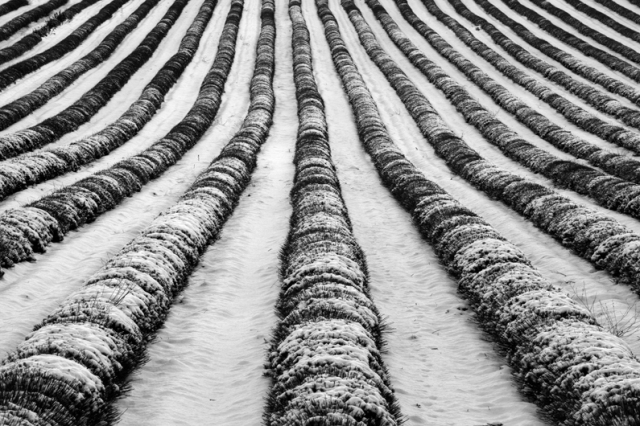 Take a quick peek at the photo above. Yes I know… it is the most simplistic and most often used direction… smack dab up the middle.
But it is effective. And it is dramatic. Again, when composing a photograph… think shapes not things… and if you can grab the viewer’s eyes and drag them in… then voila… you have created not just a nice photo… but a piece of fine art.

I did it with rows of lavender and some fresh snow… and a few seconds of thinking of how to make it more than just nice.

Try it. It works.